From corporate due diligence to cybersecurity consulting services to financial fraud investigations, International Consultants & Investigations has experts to help meet your organization's needs. 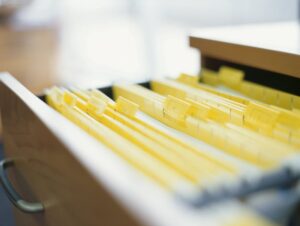 ICI has been providing consulting and investigative services worldwide for over 25 years. 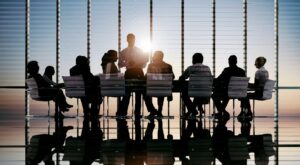 ICI staff are trained investigators, advisors and guardians. We will protect your company and its employees throughout the world.

ICI maintains an international network of operatives to assist in investigations, recovery, security, bank activities, confidential guidance and assistance in dealing with arbitrage transactions. In addition to investigative and cybersecurity services, we offer VIP executive protection.

Provide the highest quality investigative and consulting services with a network of certified professionals who are experts in their fields.

ICI strives to be a worldwide leader in the fields of financial investigation, corporate due diligence, executive protection, cybersecurity consulting, and gaming consulting services.

Dr. Earl Johnson is the President and CEO of International Consultants and Investigations, Inc. (ICI), a global consulting and private investigation agency.

As the President and CEO of ICI, Earl’s experience represents years of domestic and international business consultancy and advisory. He leads a group of highly experienced individuals with extensive expertise in corporate, operational and financial due-diligence, forensic and operational investigation of financial fraud and related intrusions and as advisors on global business negotiations.  He has, most recently, crated a new division for consulting and advising corporations and high net worth individuals in matters of cyber security.  Earl is recognized globally for consulting and advising on International tax havens as well as financial instruments and assets in order determine their value and to provide his clients an efficient flow and transfer of capital.

Earl has made it his quest to understand and appreciate the culture of the countries he has conducted business in over the years. He considers himself a diplomat and an individual that understands the importance of courtesy, respect, and, above all, the value of a client.

Economic development consultant to the Chief Minister-Turks and Caicos Islands.

Consultant to the government of Bermuda, former member of the board of directors of two banks, former professor of finance and banking, co-founder of the Global learning network, Inc. former consultant to the United Arab Emirates.

Master of arts degree in economics with a concentration in money and banking from the University of Chicago, licensed practicing attorney and an economic development consultant.

Stephen R. Green is a consultant, advisor and investigator with over 30 years experience specializing in the areas of financial securities analysis, financial fraud and forensic evaluation of investments and financial operations.  He holds an MBA in finance and has been a licensed instructor in firearms and home and self-protection for 25 years.

Mr. Green’s experience extends to positions in financial and operations audit for several domestic and Swiss-based multi-national financial institutions. He held positions as Vice President of Internal Audit and Compliance, Vice President and Administrator of Equities Finance, Director of Global Equities for hedge fund relationships and certification and Chief Compliance Officer for a NY City based Registered Investment Advisor.

In his various roles in financial services, as well as a licensed investigator, Mr. Green has been responsible for consulting on, evaluating and verifying the qualifications of investors and the qualifying of offered investment vehicles to ensure they meet their stated value and registration, both for financial institutions as well as individuals.  In addition, Mr. Green has been responsible, throughout his career, for the management of relationships with regulatory bodies including the NYSE, NASD, SEC and FSA for Equities, Prime Brokerage and Investment Advisory.

FBI Supervisory Special Agent (retired) Brent Watkins served 20 years with the FBI.  He has diverse training and unique experience, and when he retired was one of the most experienced computer and high-tech crime investigators within the FBI. Brent is a demonstrated technical expert, investigator, manager, and leader in the cyber security and financial crime domains.  His GIAC certifications include GISP, GISF, and GSEC, along with a lengthy list of specialized cyber courses.

Brent started down the path of cyber investigations after assignment to one of the FBI’s first cyber squads when e-commerce was in its infancy. His experience and specialized training progressed as cyber crime evolved and he ultimately took on terrorists, nation states, attacks on critical infrastructure, and financially motivated crime such as ransomware and business email compromise. His cases were not just domestic, but in cooperation foreign governments and police agencies.

Brent has assisted numerous high net worth individuals’, such as athletes, entertainment celebrities, and high-level corporate executives in the protection both their personal and business accounts, as well as accounts of their family members.

Mr. Friedman is a member of the Board of Directors of the Riviera on the Las Vegas Strip.  When the bondholders acquired the Riviera through bankruptcy, they opted under the law not to be licensed with the condition that the Board be totally independent, so they selected Board Members based on their reputation for fiduciary responsibility.  A subsidiary of the Riviera took over management of the Four Queens in downtown Las Vegas when it came out of bankruptcy in 1996.

He is the acting President, with the Friedman Management Group, of the 1,000-room Oasis Resort & Casino in Mesquite, Nevada, where I and my team were contracted for five months to restructure the marketing and operation to increase the casino win by 25% which we successfully accomplished.

Mr. Friedman was the President and General Manager of both the Castaways Hotel and Casino and the Silver Slipper Casino for Summa Corporation (Howard R. Hughes Estate) in the heart of the Las Vegas Strip for thirteen years.  He transformed them from perennial losers into super successes, consistently in the top of Nevada’s highest profit-per-square-foot performers.

He is a long‑term advisor to S.B.M. (Societé des Bains de Mer) in Monaco, that operates the elegant high-end casino, where I introduced American table games and slot machines and oversaw their operations.

He is an instructor of the pioneer course “Casino Management” for the College of Hotel Administration at the University of Nevada, Las Vegas.

Dr. Abdulhamied Alromaithy is one of very few UAE Nationals who have attained high level of professional acknowledgement on national, regional and international levels. With over 34 years of work experience, he has gained the respect and recognition as a management consultant and HR expert in the region.

Over the past 24 years,  Alromaithy designed, organized and implemented a large number of training programs for leading organizations in the Gulf region and in the UAE including the Abu Dhabi Chamber of Commerce and Industry, National Bank of Abu Dhabi, ADCO, ADGAS, GASCO, Abu Dhabi Businesswomen Council, etc.

Over the last ten years his work has focused on three main areas: intercultural training, HR consultancy, and training and microfinance. He has pioneered the design and implementation of many successful training and development projects in the UAE.