ICI’s exciting new client, Tego Cyber has requested the we enlighten our associates and clients to this powerful new cyber security solution. As a rule, we do not disclose client names but, in this case, we feel compelled to release this information.

TEGO Cyber’s mission is to deliver an intelligent, state-of-the-art threat intelligence platform with a proprietary process of collecting and enriching threat data to help enterprises identify threats within their environments.

A proprietary process is used to compile, analyze and then deliver data to an enterprise network in a foprmat that is timely, informative and relevant. This data is provided in context and included specific details for the enterprise to identify and counteract threats.

Connecting to public Wi-Fi gives savvy hackers easy access to your personnel information.  Too avoid these scams use your smart phone to connect to the internet more securely.  You might also invest in a virtual private network (VPN), a service that encrypts your data to keep unscrupulous hackers from stealing sensitive information online.  A VPN costs about $30 to $100 a year.

Recently the CIA Director addressed a Congressional committee on Capitol Hill. His report provided the Agency’s assessment of cyber threats and recent attacks on the United States. A key point addressed was Cyber security and the serious threats that  ISIS and other enemies of the US pose.

Business leaders, as well as the public, need to fully understand the potential problems we face as a nation due to cyber threat. Becoming educated regarding this issue and available solutions is paramount.  Earl Johnson, the CEO of International Consultants and Investigations, Inc., agrees with what was discussed at the Committee. He was quoted saying that key points were mentioned and that all businesses have to take the threats of Cyber Crime seriously. Preventative Cyber Security measures are available and need to be implemented.

For further information as to how ICI Cyber Solutions can fully prepare and protect you or your business against Cyber attacks contact: www.icicompanies.com

International Consultants and Investigations (ICI) announces the successful conclusion of an assignment on behalf of the Japanese Railway System.

ICI provided information and arranged meetings for visiting representatives from Japan with Amtrak and the Metropolitan Railway System of New York City.  ICI’s mandate was to establish meetings with key personnel of the New York Rail transportation system and obtain information relating to biological, radiological and counter-terrorism technology to assist in the preparation of the 2008 G8 Conference held in Japan.

For 2009 ICI has secured an assignment to facilitate interviews and provide material on biological, radiological and counter-terrorism for the Fire and Disaster Management Agency (FDMA) of the Ministry of Internal Affairs and Communications of Japan.  The meetings and research will assist in the creation of training manuals, development of exercise scenarios, model plans and protocols for civilian population protection in the event of B/R terrorism.

This includes referencing the necessity for the Japanese government to collect and analyze information from around the globe to create and implement practical and effective countermeasures against B/R terrorism.  ICI will organize meetings on behalf of Japan’s FDMA with the United States Department of Homeland Security, Washington DC Fire Department Homeland Security Division, MTA and the Amtrak Rail System.  With ICI’s assistance and direction, the Ministry (FDMA) will be able to avail itself of the expertise of these recognized agencies during their trip to Washington, DC.

International Consultants and Investigations, Inc. are headquartered in New York City, NY,  USA.  ICI is a member of the Council of International Investigators.  The company can be reached at 212.582.3115 or via email: [email protected] 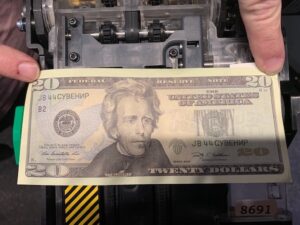 There is no denying that the world of cybercrime has changed the way businesses think about security. Not only do we need to consider physical security but also digital security. Everything in business is at risk if the business has an internet connection. Intellectual property, trade secrets, personal data and financial data are just a few of the things that hackers will try to steal from your business.

Cybercrime – as-a-service – Cybercrime has gone mainstream and, like software, cloud, and infrastructure technologies, it is now being offered as a service. With the rise in computing power and the decrease in cost, cyber criminals have seized the chance to make money by offering their cybercrime skills to others who have the money to pay for their services with no technical experience required. Denial of service attacks can be launched for less than US $10 and email accounts on popular sites like Gmail, Yahoo, and Hotmail cost around $130.

State sponsored cyber-attacks – Hacking is no longer performed by the stereotypical teenage hacker in a basement accessing your systems. State sponsored hacking is now performed by sophisticated organized groups using every tool available to steal valuable intellectual property & critical data as well as to damage or shut down core infrastructure.

Think of the Sony Pictures or Office of Personnel Management data breaches in the US for examples of how state sponsored hackers have stolen valuable or damaging information from companies. These hackers are targeting companies and information that can provide economic or political advantages.

Recently publicized cases in the US show that state-sponsored hackers from Iran accessed critical infrastructure systems at a dam in upper New York state. In late December, alleged Russian hackers took down the power grid in Western Ukraine. Hackers have turned the fantasies of Die Hard into reality by accessing the core infrastructure of nations with direct penetration attempts. The state sponsored hackers are trying to get control of everything from oil fields, power stations, water stations, and nuclear facilities.

Hackivism – One of the emerging cybercrime threats to the world is what is termed “hactivism” or politically motivated hacking to destroy reputation, steal data, or affect critical infrastructure. Hackers such as Anonymous use their skills to forward their own political agenda. This trend began to gain traction during the US elections where people from around the world enlisted hacking as a form of speech. Businesses must have protections in place that can address the threat of hacktivism. From defacing your website to bringing down your network with a denial of service, hacktivism must be defended against.